After seeing this guy's magic mirror, I decided to make my own. There are a few things I did differently. First, I did not use php; strictly css, html, and jquery. Next, I did not spend $100 on a one-way piece of mirror glass. Instead. I bought a sheet of lexan and some one-way self adhesive film. Next, I bought a raspberry pi with most of the stuff I needed. I also bought a 1" by 4" and some molding. There's still some stuff left to be done like sanding, wood-filler(i'm a crap carpenter), and I need to finish securing all the stuff into the frame. Once, I had all the materials, I started to strip down this monitor. 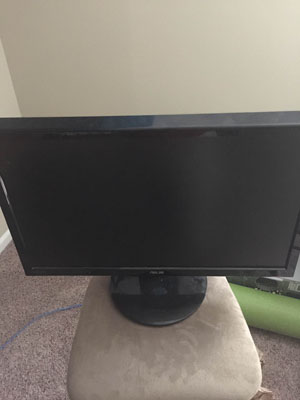 I started out with a 23" LCD monitor that i had laying around. It wasn't too hard to strip apart. 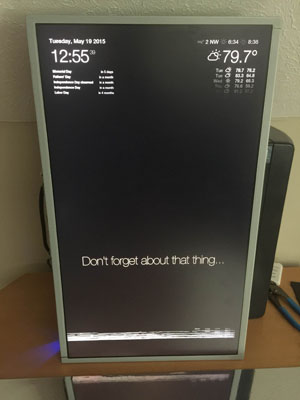 After striping the monitor down, you will have something like this. 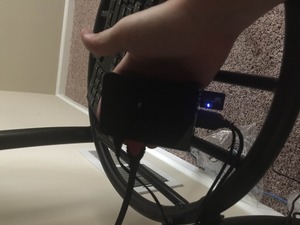 Of course, you have to have the Raspberry Pi in a case and plugged in. 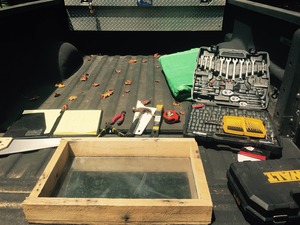 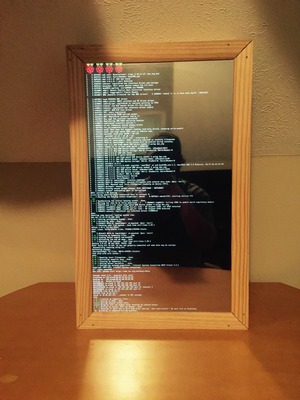 The Raspberry Pi booting up... 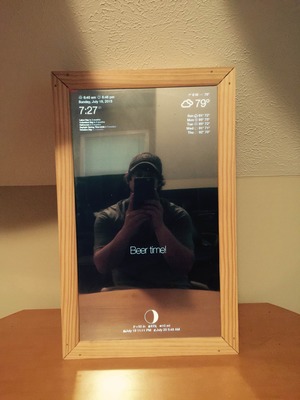 Hey! Looky there! It's way past beer time! 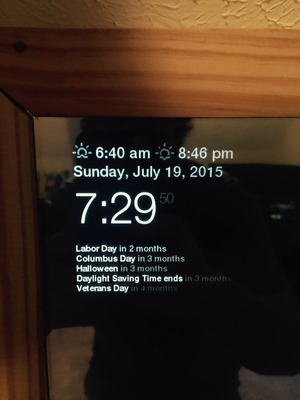 Up-close of the current date/time. At the top, there is also the sun-up and sun-down times. At the bottom, we have the up-coming holidays. 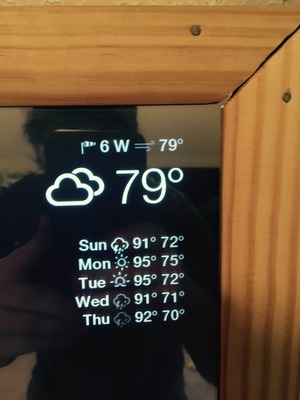 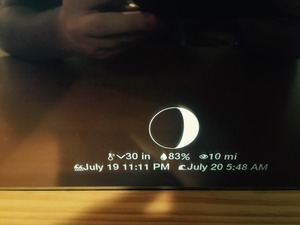 Up-close of the bottom. This includes the current moon phase, barometric pressure (whether it's rising or falling), current percentage of humidity, visibility in miles, and then the times of high-tide and low-tide for Tybee Beach.